From Humble Beginnings in an “Old Tin Shed”

In the early 1960’s the West Gippsland Basketball Association was formed. The first home of the WGBA, was the KooWeeRup picture theatre in the main street of KooWeeRup. The undersized court was only used for a few years before moving to the “Bunyip Tin Shed”. 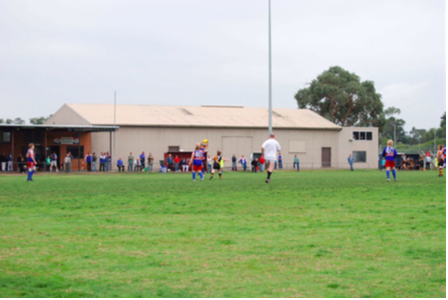 1974 – the P.B. Ronald indoor stadium was built in Henry Street, Pakenham, players either played Basketball in Pakenham or joined the Warragul based teams – ie Drouin Devils.

1998 – 9 Talented local Bunyip Boys formed an under 12’s team and entered the team into the WDABA Winter as “Bunyip Bulls”.
One of the changes immediately implemented was the Bunyip team colours, we could no longer use the traditional Red, White and Blue as Chalkies Basketball Club had registered those colours.

The season was a huge success with the 12 Boys, winning the Premiership.

Out growing of the “Tin Shed” was inevitable, the committee with assistance from the wider community proposed a multi-purpose/stadium. After numerous meetings, discussions and battling for many years, then again in October 2004, the viability of the Auditorium/Stadium was once again in question. Bunyip Bulls HOPE, was to one day see a stadium in Bunyip as training was becoming more difficult with extreme weather conditions and the poor condition of outdoor courts, with increasing member numbers of 100 and now 16 Teams in the WDABA.

After a long 10 years, the Bunyip Stadium/Auditorium was opened, a huge welcome and reward for the Community and Bunyip Bulls Basketball Club. Cardinia Council’s dignatories along with Max Papley, Bobby Skilton, Lindsay Gaze, Vicki Ross, Bunyip Bulls Committee and the many Players, over 100 people in attendance celebrated the momentous occasion.

New plans -Construction Drawings for a second court have now been completed, with stages for multi-purpose rooms factored in for the wider community to utilise. Costings of Construction estimated approx.. 1.48million The next step is to meet with Cardinia Councillors over the next year, to showcase our proposal design with all fingers crossed for our second court in the very near future.